This Article was originally published in the April 1936 issue of American Roofer Magazine in the Article section "How they Began". Tom Daly was a founding member of the MRCA. KAW Roofing & Sheet Metal has been in the Roofing Industry for more than 90 years and four generations. For more information about KAW Roofing & Sheet Metal visit them at www.kawroofandmetal.com  To see the Original Article follow this link: American Roofer Tom Daly 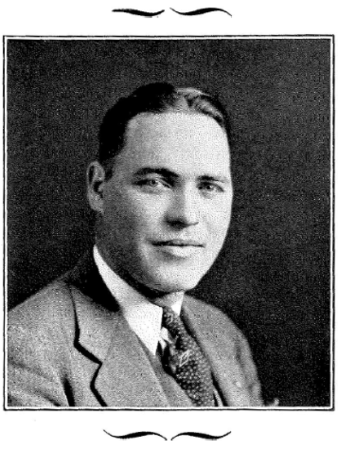 TOM DALY, head of the Kaw Roofing Company, Kansas City, became a roofer because he was a good stenographer. At the mature age of fifteen he completed, several months ahead of schedule, a course in typewriting and shorthand at a St. Louis business school. Daly was the youngest in the class to graduate.

The young graduate, however, was older than his years. While his nights were devoted to punching a keyboard and making pothooks on paper, his days were spent behind a team of mules, engaged in delivering groceries.

He was born in Philadelphia November 4, 1899, and, because of the untimely death of his father three years later, he had traveled west to St. Louis, with his mother, to live with relatives.

The business college where he studied placed him in the office of the Ford Products Company and he exchanged a seat behind a team of mules for one back of a typewriter. There he discovered a latent talent for rapid calculation, and added bookkeeping to his store of knowledge.

In 1917 the Ford plant at Vandalia, Illinois, was destroyed by fire. This started one of the most important cases in the history of fire insurance litigation. The company was insured in a number of firms, all of whom contested the Ford claims. After three years fighting in the courts, however, the roofing company was awarded every cent of their claims.

The Ford records went up in smoke during the fire, and the important task of installing a new system was entrusted to Tom Daly, who had just reached his eighteenth year.

The completion of the task within a period of three months impressed his elders, and Tom was transferred to the Kansas City office as manager. The youngest man to hold that position.

In January, 1920, he accepted a position with the Beaver Board Company, as assistant to the sales manager. When this firm was reorganized as the Beaver Products Company, he became chief clerk, in which capacity he remained until entering the roofing business with a partner, in March, 1923.

Under the partnership Mr. Daly opened a branch office in Kansas City, Kansas, and continued operating it until 1930, when he organized the Kaw Roofing Company, of which he is the sole owner.

During the past five years, in the face of the greatest depression in history, the new company has enjoyed a consistent and rapid growth in business, securing a large share of roofing contracts on residential, industrial and commercial properties in Greater Kansas City, as well as throughout the state of Kansas. Today it enjoys the enviable position as one of the largest and most responsible roofing contracting firms in that section of the country.

The firm sells and applies slate, tile, asbestos, and asphalt shingles and siding, as well as built-up asphalt, asbestos, tar and gravel roofs, rock wool insulation, and a complete line of paints. It now has under contract a roof on the new Kansas City, Kansas, high school, which amounts to $33,000.

Mr. Daly attributes the success and rapid growth of his business to the sound principles and early teachings of a good Irish mother; to be honest, truthful, and sincere at all times, to be considerate of others, and to make and to hold friends.

From his first day with the Ford Roofing Products Company as a boy of 16 he has always maintained a great enthusiasm for the roofing business and his years in the employ of several manufacturers, as well as in the roofing contracting business, has gained for him a broad experience in the sales, manufacturing, and application branches of the business.

Mr. Daly has always been active in the civic affairs of his community, belonging to the Kiwanis Club, the Knights of Columbus, the Y. M. C. A. and the Chamber of Commerce.

He believes that a good roofing organization, local, state and national, is absolutely necessary. Mr. Daly states, "I am thoroughly convinced that the only medium to bring about improved conditions for the roofing contractor, to make his business a profitable and worthwhile industry, and to achieve the respect and prestige to which it is entitled, is an arrangement of strong local, state and national organizations."

Tom believes in taking his own prescription, having been interested in association activities for some time. He is at present secretary of the Master

Roofers Association of Greater Kansas City, one of the most progressive local associations. He is also a member of the Board of Directors of the Associated Contractors, and, at the recent national convention, was elected first vice-president of the United Roofing Contractors Association.

What a classic gentleman,boss & family.
Will never forget one snowy winter night in the early 1960's, Mr.Daly invited me over to his home in Fairway for my job interview.
Not long after that he hired me to join the team at Kaw. Somehow I lasted at Kaw for some 25 years. He always thought of others in his everyday life. It's hard to imagine Mr.Daly without the picturesque cigar in his mouth.
Thanks for the archive article.


Disclaimer: The opinions expressed in the comments shown above are those of the individual comment authors and do not reflect the opinions of this organization.